Horio Sadaharu was born in 1939 in Hyogo Prefecture, where he continues to reside. In 1966, he joined the Gutai Group, which played a leading part in the avant-garde art movement in postwar Japan. He engaged in a wide-ranging artistic practice while also working as a regular businessman until his retirement in 1998. From around 1985, he started to make art exploring the idea of the commonsensical in a series of projects called Atarimae-no-koto (A Matter of Course). KUKI is a contemporary art collective comprising members who have an affinity with Horio’s work and help him realize his projects. The loose group features other artists and enthusiasts based mainly in Kobe and Osaka. Horio has worked with the members of the group to create performances at such events as Aqua Metropolis Osaka 2009 and the Yokohama Triennale 2005. He also performed at the opening events for the exhibitions “A Feverish Era in Japanese Art” (Bozar Centre for Fine Arts, Brussels, 2016) and “Gutai: Splendid Playground” (Guggenheim Museum, New York, 2013). In recent years, Horio is often accompanied by members of KUKI for his overseas projects.

Born 1939 in Hyogo
Reside in Hyogo 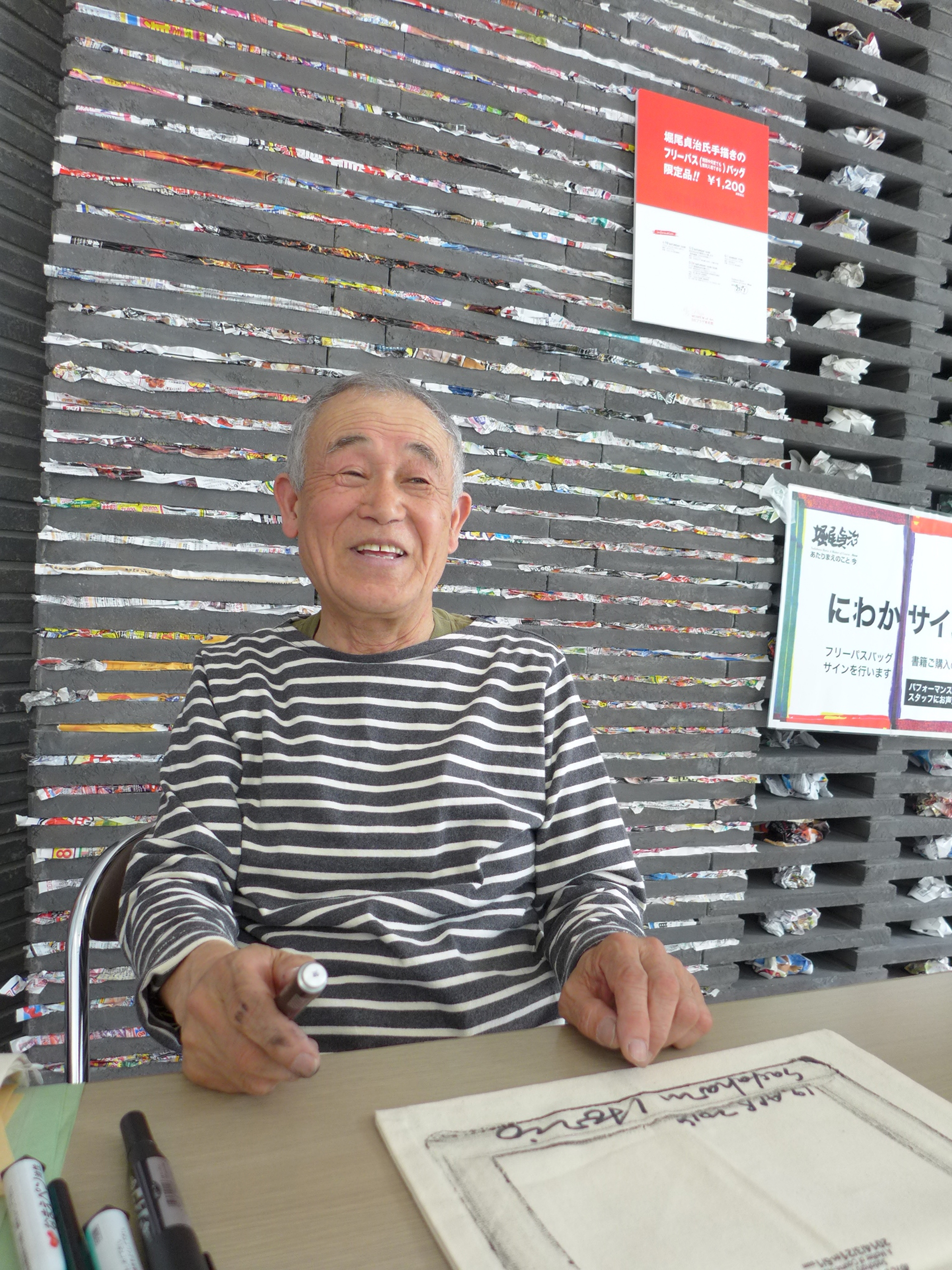