Cai Guo-Qiang was born in Quanzhou, Fujian Province, in 1957 and currently resides in New York. He trained in stage design at the Shanghai Theater Academy until 1985, and lived in Japan from 1986 until 1995, during which time he also studied at the University of Tsukuba. Cai’s accolades include the Japan Foundation Award in 2016, the Praemium Imperiale in 2012, the Hiroshima Art Prize in 2007, and the Golden Lion at the Venice Biennale in 1999. His work draws inspiration from Eastern philosophy and social issues, and he is known for his spectacular large-scale installations as well as his use of gunpowder and fireworks in his art. In 2008, Cai served as Director of Visual and Special Effects for the opening and closing ceremonies of the Summer Olympics in Beijing, and in the same year his retrospective exhibition “I Want to Believe” opened at the Solomon R. Guggenheim Museum in New York. Following the Great East Japan Earthquake in 2011 he launched the Project to Plant Ten Thousand Cherry Blossom Trees in Iwaki, Fukushima Prefecture. His recent solo exhibitions include “My Stories of Painting” (Bonnefantenmuseum Maastricht, the Netherlands, 2016), “There and Back Again” (Yokohama Museum of Art, 2015), “The Ninth Wave” (Power Station of Art, Shanghai, 2014), and “Peasant Da Vincis” (Brasília, São Paulo, Rio de Janeiro, 2013). On June 15th, 2015, Cai realized his most recent explosion event, Sky Ladder, which was the central piece in the 2016 Netflix documentary Sky Ladder: The Art of Cai Guo-Qiang. 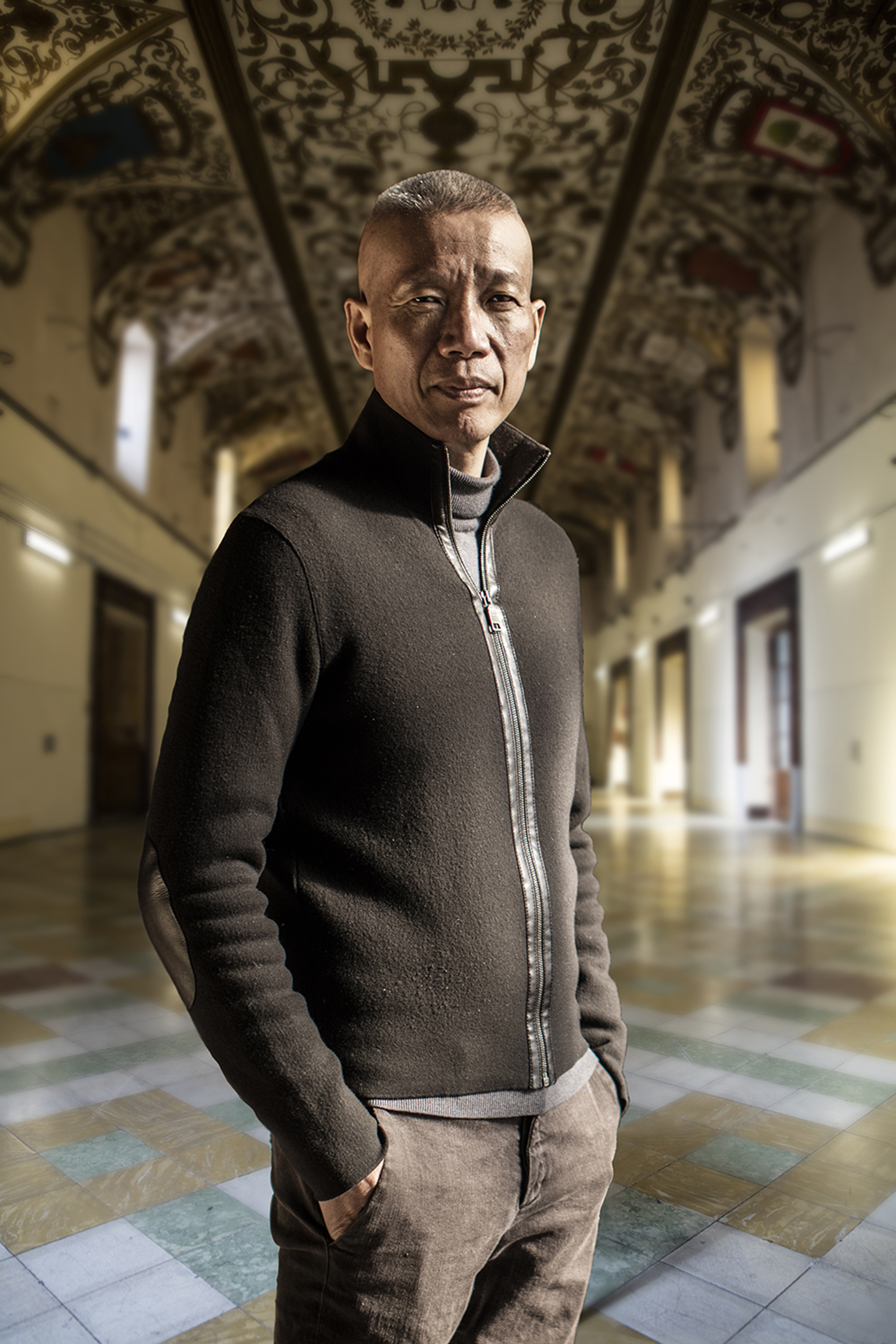