Ham Kyungah was born in Seoul in 1966, where she continues to reside. After graduating from Seoul National University in 1989, she moved to America and completed postgraduate studies at the Pratt Institute in 1992 and School of Visual Arts in 1995. What you see is the unseen / Chandeliers for Five Cities (2014–2016) was shown at the Encounter section of Art Basel Hong Kong 2016. At first seemingly possessing a photographic beauty, it was actually made in secret by North Korean artisans and suggests how an entirely different dimension may lie behind an attractive work of art. Internationally prominent, her recent major exhibitions include the Taipei Biennial 2016, “Séoul vite, vite!” (Lille 3000, France, 2015), and the Yokohama Triennale 2001. She was a finalist for the Korea Artists Prize 2016.

Born 1966 in Seoul
Reside in Seoul 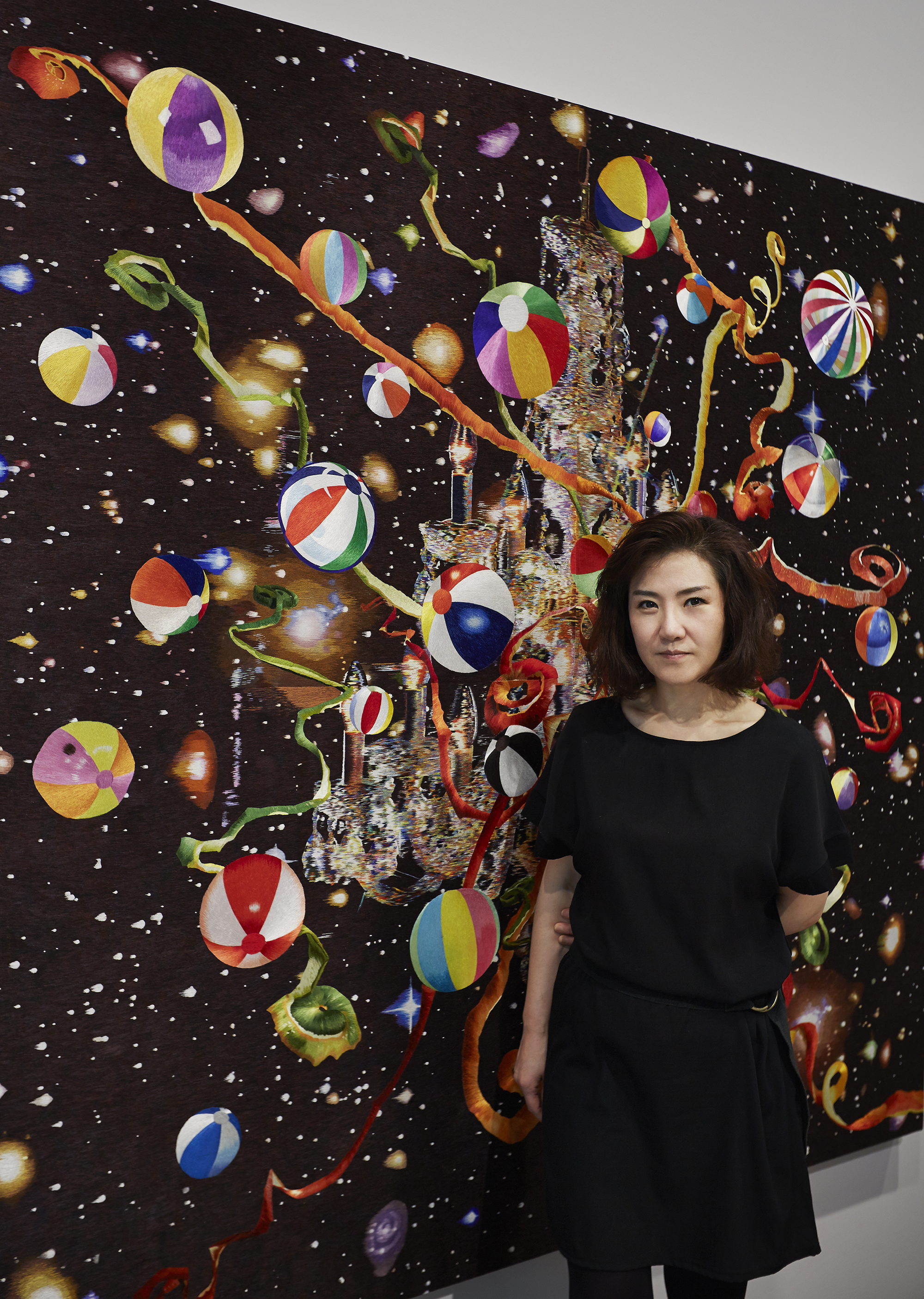