Kusama Yayoi was born in Matsumoto City in 1929 and currently resides in Tokyo. She started painting her signature polka dot and mesh patterns from the age of 10, creating fantastical paintings with watercolors, pastels and oils. She studied nihonga (Japanese-style painting) at the Kyoto Municipal School of Arts and Crafts (today, Kyoto City University of Arts). She initially worked as an artist in her hometown of Matsumoto but then moved to America in 1957, where she began to establish her reputation as an artist of the international avant-garde with her series of “net” paintings. She moved to Tokyo in 1973, where she continues to work to this day. She represented Japan with her first solo exhibition at the Japan Pavilion for the Venice Biennale 1993. A major retrospective opened at the Tate Modern in 2011 and later toured successfully to the Pompidou Centre in Paris as well as other art museums in Europe, North America, Central and South America, and Asia. Her largest ever retrospective is currently running at the National Art Center, Tokyo, where it has attracted record attendance. She was named one of the “100 most influential people” by Time in 2016. Her prizes include the Order of Culture in 2016, Person of Cultural Merit award in 2009, Praemium Imperiale award in 2006, and Asahi Prize in 2001.

Born 1929 in Nagano
Reside in Tokyo 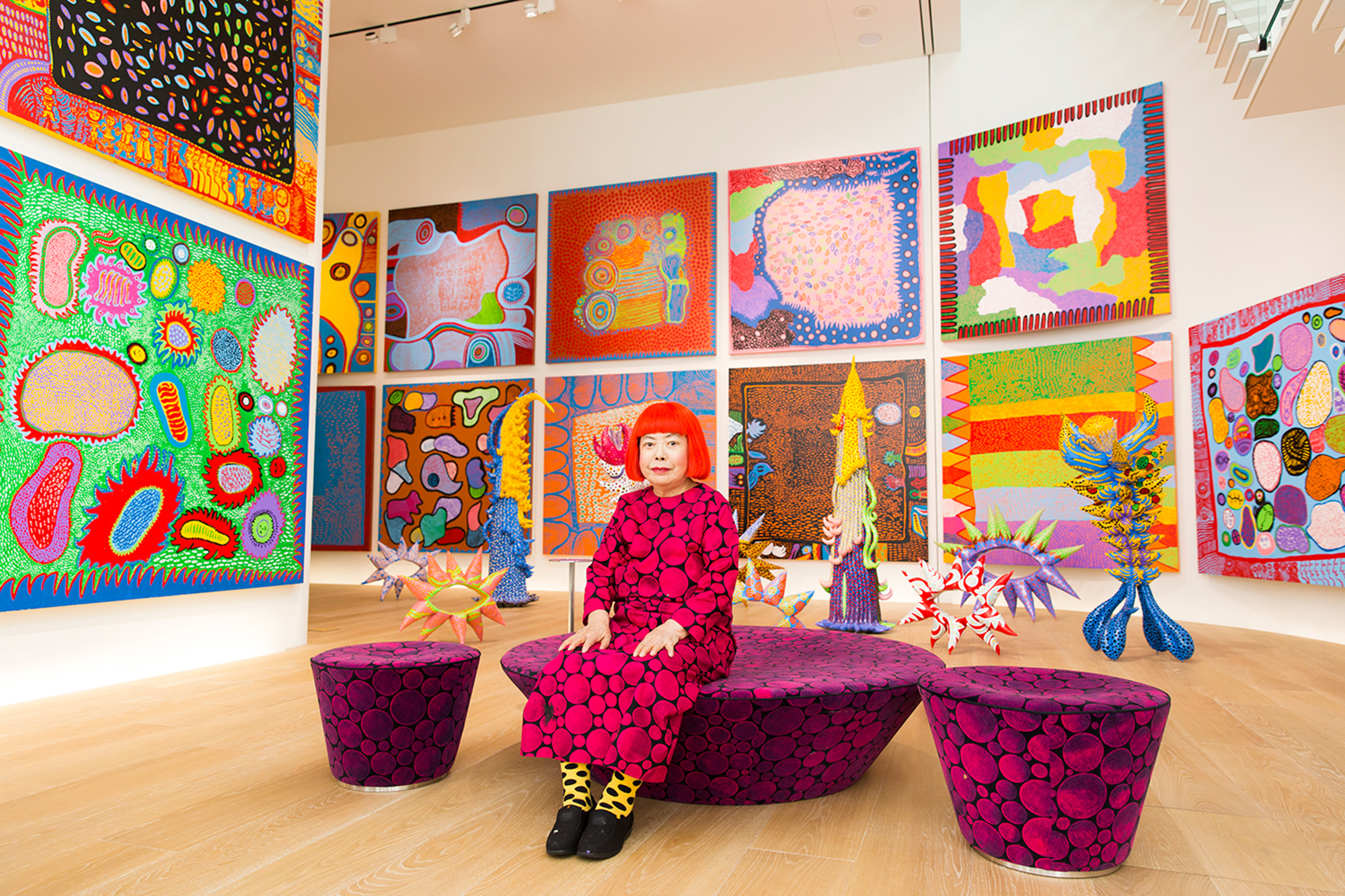