Hyon Gyon was born in Dangjing (South Korea) in 1979 and currently resides in New York. After studying Western painting at Mokwon University, South Korea, she moved to Kyoto, where she completed a doctorate at Kyoto City University of Arts in 2011. She then relocated to New York, where she has continued to work widely. Her output ranges from installations with a focus on painting to performance, while her paintings evoke a sense of magic and shamanism, powerfully engulfing the surface of the artwork with energy. Her recent major exhibitions include “Art for Art’s Sake” (Carnegie Art Museum, California, 2016), “Emotional Drought” (Shin Gallery, New York, 2016), “Hyon Gyon and the Factory” (Chashama, New York, 2015), and “Phantom of Asia” (Asian Art Museum of San Francisco, 2012). She was the recipient of the Kyoto City Special Bounty for Art and Culture in 2012 as well as the 2013 Kyoto Culture Newcomer Prize. 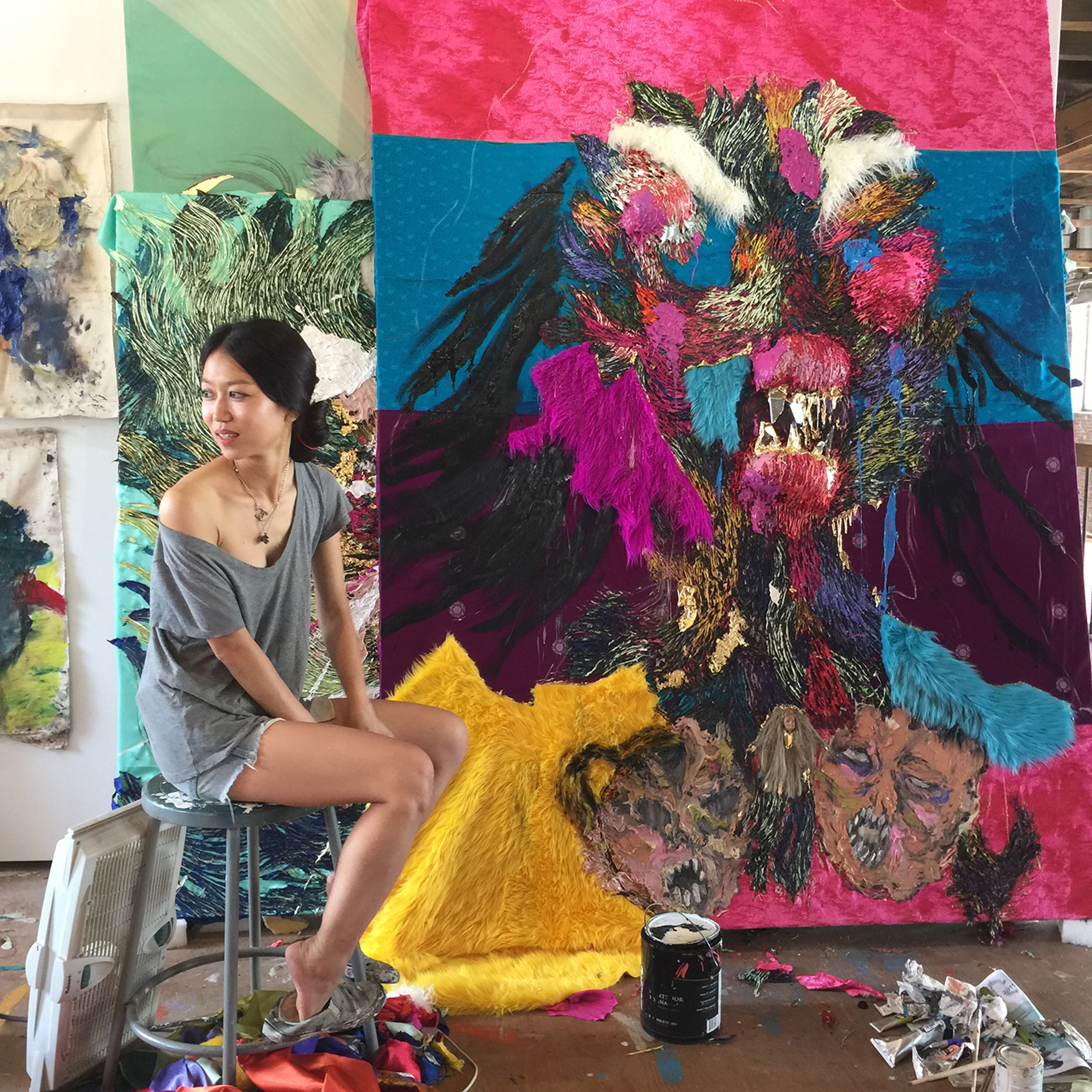